I need a new pair of work shoes. Badly. Currently, the pair above are my sole pair (pun intended). They used to be one of my nicer pairs of dress shoes. Chocolate suede captoes purchased from either Penny’s or Kohl’s my sophomore year of college. I even lent them to a friend for a wedding as he had no dress shoes that went with his outfit. I maintained the suede nap with a suede brush and put shoe trees in them once I could afford to waste money on cedar shoe maintenance.

At some point, however, they were designated as work shoes. Perhaps at the beginning it was merely out of occasional necessity. I read on a forum that wearing the same pair of shoes more than one day in a row was a bad thing (can’t for the life of me remember why that is anymore). So these and my cheap tan boot-looking shoes (also formerly used as dress shoes) and a pair of black steel-toed low-top boots were in the work rotation. I think the reasoning for the style of them all was that, at the time, we were still required to wear “dressy” leatheresque shoes to work.

The suede made it into the rotation when I found a nicer pair of chocolate suede captoes at a thrift store for about a tenth of the cost of these. Hence, these were delegated solely as work shoes.

When I stopped wearing  black entirely for two years, the two pairs of brown shoes were the only two I’d use for work. Five or six days a week, for twenty hours a week I wore them. As these dark brown captoes were suede and considerably nicer, they were worn less often. Alas, and inevitably, the tan crappy ones eventually met their maker, becoming far too uncomfortable for even two hours at a time.

To say the least, that put a remarkable strain on those cap-toes. One could say, they had some big shoes to fill. No one should say that. Ever.

From the image, you can see that the suede factor is no longer an issue. the coffee, milk and salt stains are permanent. The lining: shot. Cushioning? Forget it. The numerous cracks and gouges in the leather are “character.” They need to be replaced.

Still, I can’t bear to get a new pair. Is it nostalgia? Now, we really haven’t been through any great experiences together. I am not enough of a girl to hold on to old shoes. I think it is a utilitarian thing. They still work. Though I wouldn’t wear them outside of work (read: in public) they look better than sneakers with the image I try to convey, even at the coffee shop.

The excuses I have for refusing (or at least hesitating) to get new shoes is two-fold. The first excuse, money, isn’t really a legitimate excuse. I can afford to buy new shoes. Sure, it leaves less money available for the things I actually want to buy, but it is very doable, and the things I want can wait another two weeks.

No, the real reason I cannot buy a new pair is more fear related. I am job-hunting. I just know that as soon as I buy a new pair, I will get a decent job and I can wear one of my 15 other pairs of shoes (pairs that I do not wish to get scuffed and otherwise fall into such a state of disrepair). However, there is the fear that if I do not buy a new pair, I may never find a new/better job.

Maybe the money is worth being wasted.

This is a GREAT article. It not only applies to the recently unemployed, but the recent college graduate. Not only have we the staggering unemployment rate to deal with, we are in constant battle with those that are already established career-minded individuals who’ve been recently given the axe. Who’s going to look more promising to the job recruiter? The fresh-out-of-college newbie or the worked-the-same-job-for-twenty-years seasoned pro? I’ll give you a hint: it probably isn’t the second one.

Complaining about how much things are crappy now aside, the comments on this post are spot-on. Everyone I know who recently graduated hates these questions (about the job hunt) as much as the recently unemployed and it’s just as discouraging to us when we’re asked if we “looked online at all?”

So I’ll add my comment, too: Thanks Penelope. It’s so true it hurts.

Let me start out by saying that this post has gone in an entirely different direction that I first anticipated. I had set off to fill it with researched facts and figures about the unemployment rate in Michigan and the rates of college graduates who landed full time jobs right out of graduation. I wanted to use clever anecdotes and vignettes from various people I’ve spoken to about the topic lately.

However, as I actually set about writing it, the facts all stopped mattering to me. Like most of my writing that is not dictated by a real rubric of any kind, I started just ranting and letting my fingers do the thinking so to speak. I had paragraphs upon paragraphs lamenting the difficulties of job hunting and why I should feel sorry for myself.

As you see from the image, this idea was scrapped. Yesterday actually. All these paragraphs were small ideas that I really couldn’t back up with anything other than self-pity and hyperbole. So instead, like any good writer (with some exceptions, of course) I developed a draft. A thesis rather. Any time my writing strays from this, it ceases to have a point and becomes incoherent rambling. Such is the writing I am prone to, sadly.

So, here’s what I have for you: holding a part-time job hampers a job hunt, but not so significantly as a full-time one would.

Hell of a thesis. Seems like I’m stating the obvious, but please bear with me. In my “research” for this topic, I discovered that my original premise was flawed. I was basing this on a quote from a friend stating that (paraphrasing here) it is difficult to look for a job when you are currently working. I did not assess the fact that she was referring to looking for full-time work when you dislike your current full-time position. This would most definitely be true.

Looking for work when you hold a part-time job holds different challenges, for me at least. It doesn’t make it any harder than, say, taking 12+ college credits and having a part-time job though. Lord knows that is doable. My particular challenges stem from elsewhere; the job itself, the frustration stemming from that and a stagnant (nice word Christi) job market and the challenge of mixing things up a bit.

On the first point: the job I currently hold is not challenging but things are frustrating. Anyone who has worked retail knows the stress and frustration involved. For those who don’t, I can assure you, it gets old quickly. Couple that with your days seeming to be perpetual déjà vu and throw on a dash of doing it for five years running and it can easily become a headache. The easiest thing to do, it would seem, is quit. But as one with debt and college loans etc. to pay, not having that relatively stable source of income is terrifyingly unwise.

My second point is closely related to the first in that working said job Ad nauseum gets quite frustrating. The daily dealings with cranky old ladies who never get anything exactly how they want it and coworkers who care less than you do and convey it in their work ethic pushes one such as myself to the point of going postal almost weekly. Trying to escape seems futile as there have been multiple job applications submitted from adults. This is the type of job high schoolers and college students look for as a transition into the work force. The fact that there are grown men and women looking to get in give me a grim outlook on the market outside coffee shops.

And that brings me to the third challenge; that of a new leaf. I may be to blame for the fact that I still live with my parents. I chose to go to school close to home and live there rather than pay to live on campus. So as it happens, I’ve stayed within that comfort zone for twenty-four years. Also, I’ve worked within walking distance of my home since I entered the job market eight years ago. Mixing up what is familiar and jumping into something completely different is a bit off-putting if not downright stressful.

I don’t even do my own laundry for pete’s sake.

So although I tell myself I am seeking outside employment, I bet there is a part of me that isn’t really trying all that hard. Sure I hate my job and would love something that is more consistent (hour-wise) and pays a bit better. But that logic fights the fear of growing up. I have a tendency toward the juvenile, I can’t deny that.

Back to my “research,” since I began working on this entry, I’ve applied for over 20 jobs in under two weeks. That’s more than I had done all last summer. The New Year kind of gave me a kick in the ass and got me to see if maybe I can’t better my life. Sure, when I get done at work and have all that pent up frustration it can be easier to just crack open a beer and catch up on blogs and television shows.

However, if I really want to grow up and make something of myself, I’m going to need to at least put forth an honest effort. To those who already do, I vail you. (it is, after all, hat week)

The job market may not be in the best place right now, but that doesn’t mean I shouldn’t try all the more diligently. I think that is a lesson that everyone can take to heart.

Hello; my name is Nicolaus E. Witchger. I am a graphic designer from Saginaw, MI best known for wearing bow ties and drinking single-malt scotch, dark beer, and espresso. 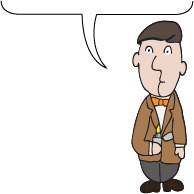 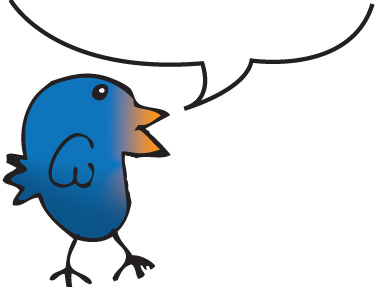